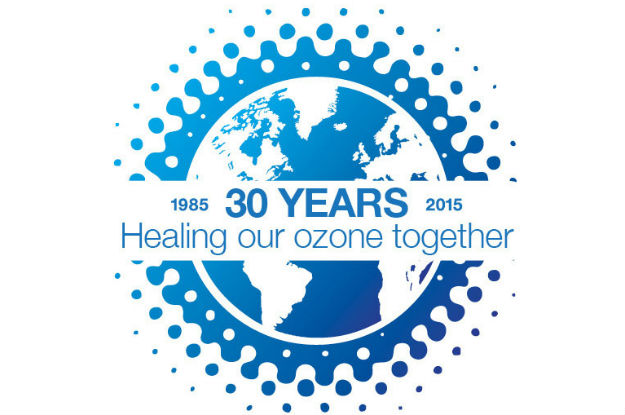 Message from the national Ozone Unit.

International day for the Preservation of the Ozone layer

The National Ozone Unit (NOU), Energy Division, Ministry of Finance and Energy, joins the rest of the global community in celebration “International Day for the Preservation of the Ozone Layer”, on September 16th.

The Montreal Protocol has been heralded the most successful multi-lateral environment agreement (MEA) to date. Among the many achievements of this Protocol is the phasing out of approximately 98% of all Ozone Depleting Substances (ODS). Grenada has contributed to this success in already phasing out 100% of its consumption of chlorofluorocarbons (CFCs) along with the rest of the world and is well ahead of the Montreal Protocol phase out targets for the remaining ODSs.

While we are extremely gratified by these achievements, we are aware, that we must never become complacent in our national efforts, since the job to restore our damaged stratospheric Ozone Layer is far from complete. We must be mindful that there are other "new" challenges in this global fight to safeguard the environment.

We must be concerned, about the lack of alternative substances for all applications and even more importantly the types of alternative technology solutions that are being introduced.  There is an urgent need to curb the prolific use of alternatives that have significantly high global warming potential (GWP) that can compromise the efforts to protect our climate system.

Parties to the Montreal Protocol therefore needs to confront this challenge with an even greater effort that was involved in the successful phase out of these ODSs and collectively act to simultaneously phase out these Green House Gases (GHGs) that have been introduced as alternatives to ODSs. This undoubtedly should be the next challenge and Grenada stands ready to join the global effort.

And so, as we celebrate, we encourage all, locally and globally to get involved in the fight to rid the planet of these substances that are harmful to the environment. Let us therefore, do all we can to protect, enhance and preserve our fragile environment.

"Not so long ago, humanity stood on the brink of a self-inflicted
catastrophe. Our use of ozone-depleting substances such as
chlorofluorocarbons (CFCs) had torn a hole in the ozone layer that protects
us from the sun’s harmful ultraviolet radiation.

But we tackled this challenge. Thirty years ago, the international
community signed the Vienna Convention for the Protection of the Ozone
Layer. Under its Montreal Protocol, the world united to slash the
production and consumption of CFCs and other ozone-depleting substances.

Together, we have succeeded in putting the stratospheric ozone layer on the
road to recovery by the middle of this century. As a result, up to 2
million cases of skin cancer may be prevented each year, along with even
more avoided cases of eye cataracts.

As we look forward to the adoption of the 2030 Agenda for Sustainable
Development, and the effort by governments later this year in Paris to
forge a new, collective path forward on climate change, the Montreal
Protocol’s success should inspire us.  It shows what we are capable of when
nations act together on a global challenge.

But the work of the Montreal Protocol is not yet done. Hydrofluorocarbons
(HFCs) have been used as replacements for many ozone-depleting
substances. While they do not deplete the ozone layer, they are extremely
potent greenhouse gases and will contribute a great deal of warming to our
already overheated planet in the coming decades unless we act now.

Many countries are now considering using the Montreal Protocol regime to
phase down HFCs.  A political commitment to managing HFCs under the
Montreal Protocol could be one of the biggest climate change wins in the
lead-up to the Paris climate conference. It will also be another strong
victory for multilateral efforts to safeguard our environment. On this
International Day, let us ensure that we protect our climate the way we
have preserved the ozone layer"

The Ozone Song: "The song was composed by David Haines, the ‘composer inresidence’ at the MIT science festival since 2007."It is an upbeat andplayful musical animation created so that children and adults around theworld can join in the celebrations by learning and singing this songtogether. We are inviting people around the world to record and uploadvideos of themselves and their friends singing the Ozone Song and sharethem on social media through the hashtag #OzoneSong. Through your networks,you may wish to consider sharing it with schools."